Erectile dysfunction can occur in younger men. Read this article to learn about the risk factors and what you can do about developing ED at a young age. 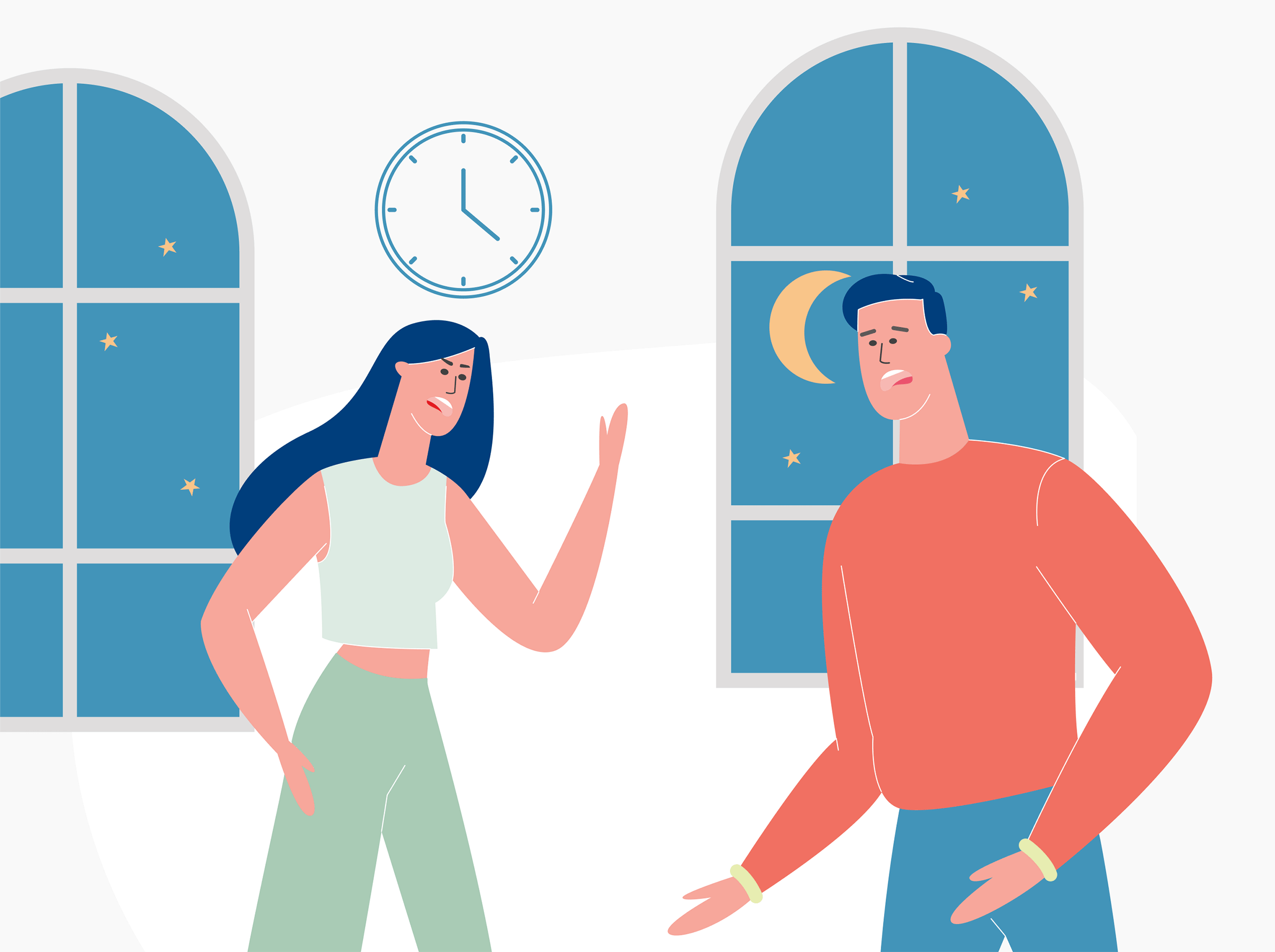 How Common Is Erectile Dysfunction in Younger Men?

Erectile dysfunction is a common problem. At least 30 to 50 million men in the United States suffer from the condition – at least 1 in every 5 men – which is probably an underestimate since many men are embarrassed to talk about their problem and younger men are less likely compared to older men to seek ED treatment from their healthcare practitioner.  By the year 2025, it’s estimated that 322 million men worldwide will likely develop erectile dysfunction, a 170 million increase from the mid-1990s.

Statistics from studies like the Massachusetts Male Aging Study show that most men with erectile dysfunction are over the age of 40. Beginning at this age, men have an approximately 40% chance of having some form of mild, moderate, or severe ED. The risk of developing erectile dysfunction rises by 10% for every decade after.

If you think you won’t develop sexual dysfunction because you’re under 40, think again.  A study in the Journal of Sexual Medicine found that about 1 patient out of 4 with newly diagnosed erectile dysfunction (26%) was a younger man. According to the study, the younger men who pursued ED treatment had a similar rate of severe ED as the older men in the study.

What’s causing ED might be a physical (physiological) or psychological risk factor, or a combination of both. It was once thought that psychological causes were to blame for most cases of ED in younger men. However, studies now show that anywhere from 15% to 72% of ED in young men is caused by physical factors.

Although more common in older men, a number of health conditions can contribute to ED in younger men. High blood pressure and diabetes both are known to damage the blood vessels, which leads to reduced blood flow to many parts of the body including the penis. Healthy blood flow is critical for having an erection.

Diabetes also impacts the nerves in and around the penis, and diabetes and high blood pressure both are linked to lower levels of testosterone, one of a number of sex hormones that’s critical to libido and sexual function.

Other health conditions associated with erectile dysfunction in younger men include:

Smoking can have several harmful effects on erectile function. It can lead to coronary artery disease, high blood pressure, and vascular disease, which is linked to ED symptoms. The nicotine in cigarettes also narrows blood vessels by affecting the body’s production of nitric oxide, a substance that widens blood vessels and improves blood flow.

Using drugs like cocaine, heroin, and methamphetamine can interfere with erectile function. The erectile dysfunction can persist for a while after substance abuse users quit using the drugs.

Marijuana (Cannabis sativa) is legal in many states and consequently its use as a recreational drug has become more popular in younger ED patients. However, marijuana use can affect sexual function.

If you’re on one of these medications and are experiencing erectile dysfunction, talk to your doctor to see if he or she can prescribe an alternative.

Obesity is a common problem in men in their 20s and 30s. It’s estimated that half of all men in the Western part of the world are obese and young men are no exception. Being excessively overweight leads to poor vascular health, which in turn reduces the flow of blood to the penis. One Danish study found that erectile dysfunction was more common in younger men aged 20 to 45 years old who had a high body mass index compared to obese older men. Other sexual dysfunctions such as premature ejaculation, delayed ejaculation, and sexual desire disorders were not related to being overweight or obese.

Even in healthy young men, erectile dysfunction can develop if you’re not comfortable using a condom. Younger men in particular might have difficulty using a condom since they’re not as experienced having sexual intercourse as older men. If you struggle to put a condom on the right way when you’re in the middle of sexual activity, it could cause you to go limp. There’s actually a name for this. It’s called condom-associated erection problem (CAEP).

Nearly 14% of men aged 18 to 24 have CAEP while putting a condom on, while nearly 16% have CAEP during penis-in-vagina sexual intercourse, and roughly 32% have it both while putting the condom on and while having sex, according to a 2015 study. However, in this study, men reporting CAEP were significantly more likely than men reporting no CAEP to also have erectile problems during sexual activity even when not using condoms.

How to Fix Erectile Dysfunction at a Young Age

If you have erectile dysfunction at a young age, seek professional medical advice to determine what’s causing ED, so that you’ll know how to fix the problem. Here are some possible ways to treat ED that you’ll want to talk about with your healthcare provider. Addressing these factors may significantly improve your sex life.

Often, all it takes to treat erectile dysfunction is to make a few healthy lifestyle changes. See what your doctor thinks about trying these strategies first before resorting to ED medications or other solutions. The good news is that the bodies of younger men may be more resilient and these lifestyle changes can work especially well in resolving sexual dysfunction.

Treating ED in younger men sometimes requires going beyond lifestyle changes. Here are some other ED treatment options you might discuss when you seek professional medical advice. After discussing your medical history and conducting an exam, your healthcare provider can help you find the best options to treat ED.

To treat ED in younger men, doctors may prescribe medication for ED like Viagra (sildenafil), Cialis (tadalafil), Levitra (vardenafil), or Stendra (avanafil). An ED medication is usually the first treatment option employed in men whose erectile dysfunction is caused by poor blood flow to the penis. These drugs are known as phosphodiesterase type 5 (PDE5) inhibitors. An erectile dysfunction medication works by relaxing blood vessels to increase blood flow to the penis.

They’re called PDE5 inhibitors because they block the PDE5 enzyme. When a man is sexually aroused, a molecule called nitric oxide is released. This in turn leads to the release of cyclic GMP, which relaxes the smooth muscle inside penile blood vessels, leading to increased blood flow. However, the PDE5 enzyme breaks down cyclic GMP and gets in the way of healthy erectile function. An ED medication that works as a PDE5 inhibitor stops the breakdown of cyclic GMP caused by PDE5, leading to increased blood flow and healthy erections.

Otherwise known as external vacuum devices, vacuum pumps, or vacuum erection devices, penis pumps are suction devices used to temporarily enhance blood flow to the penis, long enough to create and maintain an erection. They’re made of a plastic tube that covers the penis, a hand or battery-powered pump connected to the tube, and a constriction ring, which is a band placed around the base of the penis after it’s erect. The constriction ring holds the blood in the penis to maintain a longer erection. These can be used together with erectile dysfunction medications or other means of treating ED.

Urologists use a method known as low-intensity extracorporeal shockwave therapy (Li-ESWT) in men with erectile dysfunction. This method has been used safely and effectively in urology clinics for over a decade.

Kegel exercises are another treatment option for ED in younger men. They strengthen the pelvic area and the ischiocavernosus and bulbocavernosus muscles around the penis, which are involved in erectile function.

These are used in men with erectile dysfunction who have hypogonadism (low testosterone). The injections can be used as a stand-alone ED treatment option or they can be used together with an ED medication.

A drug called alprostadil is an erectile dysfunction medication that’s injected into the penis 5 to 20 minutes before sex. The drug is a vasodilator, which widens blood vessels to increase blood flow and promote erections. It’s also available as an intraurethral suppository to treat erectile dysfunction.

Research shows that certain natural remedies may show promise in supporting sexual function. In a review of the medical literature, panax ginseng, a combination of pycnogenol (Maritime pine), L-arginine, L-citrulline, and roburins (oak wood extract), and tribulus terrestris were all effective at supporting healthy erections and sexual satisfaction.

Scientists believe L-arginine and L-citrulline may exert positive effects on sexual function by increasing levels of nitric oxide, which widens the blood vessels that feed erectile tissue. Some of the natural remedies also raise levels of sex hormones like testosterone.

If you’ve developed erectile dysfunction, the inability to have or maintain an erection firm enough for sex, in your younger years, perhaps you’re wondering if this is normal. Below are some answers to common questions about ED in young men, but always seek treatment from your healthcare provider if you’re concerned about sexual dysfunctions.

Can you have erectile dysfunction in your 20s?

Sexual dysfunction in younger men is more common than you would think. A study in the Journal of Sexual Medicine found that about 1 patient out of 4 with newly diagnosed erectile dysfunction (26%) was a young man. According to the study, the younger men who pursued ED treatment had a similar rate of severe ED as the older men in the study.

Why am I not getting hard at a young age?

There are many reasons why a young man can develop erectile dysfunction. Reasons that involve mental health include:

There are also physical risk factors for erectile dysfunction in younger men. These include:

Can erectile dysfunction be cured while young?

Seeking the help of a professional therapist can improve erectile dysfunction in cases where it’s caused by mental health problems.

Is there a natural way to fix erectile dysfunction at a young age?

Talk to your doctor about lifestyle factors that may contribute to your erectile dysfunction. It may be that eating a healthy diet, losing weight, and addressing other lifestyle factors may be enough to improve your sexual health.

Some natural remedies such as panax ginseng, L-arginine, L-citrulline, roburins (oak wood extract), and tribulus terrestris may also support sexual health. Research has found some of these substances increase levels of nitric oxide, a molecule necessary for strong erections.

Other possible ED treatments that don’t involve surgery or oral medications include using a penis pump and pelvic floor exercises.

You can also explore whether your erectile dysfunction is more about mental health problems such as depression, performance anxiety, or low-self esteem or something that’s going on in your relationship with your partner rather than a physical cause. If your erectile dysfunction has a mental rather than physical origin you can visit a therapist either alone or together with your partner to help resolve the problem.

If none of these strategies work, your doctor may want to treat erectile dysfunction with ED medications.