Can Being Overweight Cause Erectile Dysfunction?

Obese or overweight men are more likely to suffer from ED. Here’s what you can do to lose weight and improve your sexual performance. 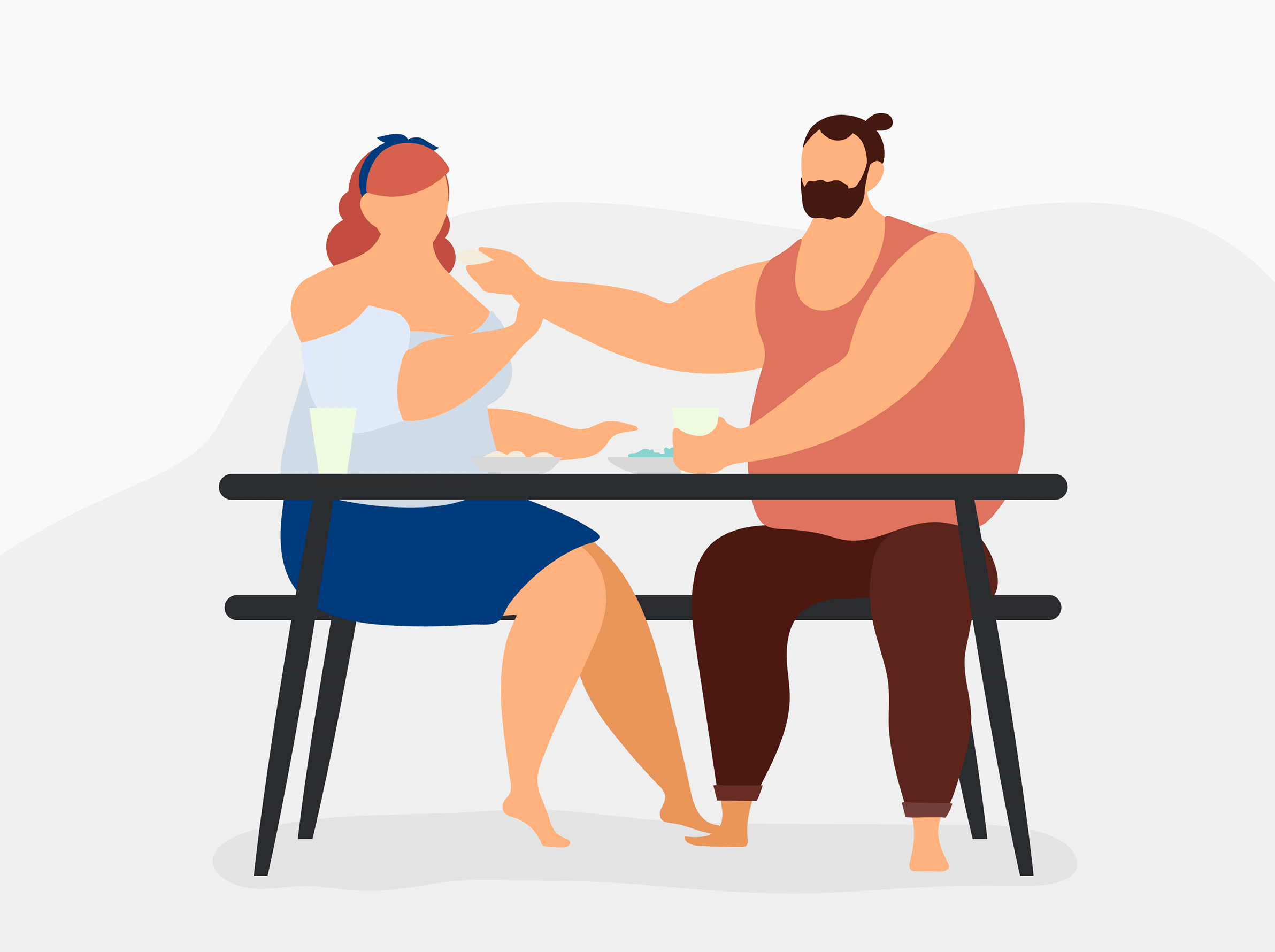 You might know that being overweight or obese ramps up the risk of a lot of different diseases including heart disease, diabetes, high blood pressure, obstructive sleep apnea, cancer, osteoarthritis—even depression. But did you know it can also increase the risk of erectile dysfunction (ED), the inability to achieve erections or to stay hard long enough for sex?

Compared with men who are normal weight, men who are overweight or obese have a 30%-90% increased risk of ED. Men who have erectile dysfunction tend to be heavier and have a larger waist compared to men without ED.

Can Being Overweight Cause ED?

Packing on the pounds can lead to erectile dysfunction in a number of ways. Belly fat can lead to inflammation, which in turn contributes to what scientists call endothelial dysfunction. This is when the inner lining of blood vessels (the endothelium) becomes damaged, interfering with healthy blood volume throughout the body, including to the penis.

This endothelial dysfunction leads to a whole host of problems and the development of many of the diseases that are linked to both obesity and erectile dysfunction. By causing these diseases, obesity and being overweight can interfere with erectile function, not to mention lead to life-threatening complications.

The more obese a person is, the greater their chance of developing cardiovascular disease, but even being slightly obese can start a string of events that leads to the development of heart problems. On the other hand, losing weight can lead to improvements in heart health.

Erectile dysfunction and vascular disease share the same risk factors, so anything that ramps up the risk of cardiac problems—like obesity—can also lead to sexual dysfunction. ED often occurs before the development of heart problems and can even predict whether a man develops cardiovascular problems.

Having a high body mass index can wreak havoc on blood sugar, leading to diabetes. Both type 1 and type 2 diabetes increase the risk of erectile dysfunction.

Even if a man doesn’t have full-blown diabetes, weight gain can lead to prediabetes, a condition where blood sugar is higher than normal but not high enough to fall into the diabetes category. Especially in men younger than 50 years old, prediabetes is a risk factor for sexual dysfunction.

Men with diabetes or prediabetes often have metabolic syndrome, a condition addressed in more detail earlier in this article. Metabolic syndrome is another way that packing on the excess pounds is connected to erectile dysfunction.

High cholesterol causes atherosclerosis, a narrowing of the blood vessels. Cholesterol builds up in the vessels, which reduces blood flow throughout the body, including to the penis.

Obesity and being overweight promote inflammation and endothelial dysfunction that can lead to atherosclerosis, which in turn leads to erectile dysfunction by interfering with healthy blood flow, the most common cause of ED.

Obstructive sleep apnea, a condition where a person stops breathing briefly in their sleep, often goes hand in hand with obesity. In this type of sleep apnea, called OSA for short, the throat muscles relax from time to time during sleep. This blocks the airway, causing a person to temporarily stop breathing.

At least 60%-70% of people with obstructive sleep apnea are obese. Due to the connection between sleep apnea and obesity, doctors often recommend that patients with sleep apnea lose weight.

Sleep apnea takes its toll on the sexual health of men. One study found that 55% of men attending an andrology outpatient clinic with a new diagnosis of erectile dysfunction showed evidence of having OSA. These men also had worse International Index of Erectile Function (IIEF) scores compared to men who didn’t have OSA.

Other Reasons Why Obesity Is Linked to ED

In addition to a direct connection between obesity and erectile dysfunction, being overweight or obese can indirectly cause erectile dysfunction, too. Obesity affects not only physical health, but it’s also one of a number of psychological factors linked to ED. Many men who are insecure about their body image have poor self esteem that can lead to sexual performance anxiety.

Obesity and overweight also are associated with bad habits that don’t do much for a healthy sex drive. Obese men are often more sedentary and don’t participate in the physical activity needed to maintain sexual health.

Eating an unhealthy diet is another common bad habit among people who are overweight or obese. Poor diets are linked to reduced blood flow throughout the body and the penis.

How To Get Rid of ED in Overweight and Obese Men

The best way for men to improve their sexual health is to shed some body weight. This is the only ED treatment some men need. Here are some ways to leave behind the excess fat.

The following are several effective methods for dropping pounds. Joining a weight loss support group is a great way to keep yourself motivated as you embark on a weight loss program that includes any of the below strategies.

One of the best ways to lose weight while at the same time reducing your risk of cardiovascular disease and erectile dysfunction is to eat a diet rich in fruits and vegetables, whole grains, legumes, nuts, seeds, and olive oil along with some fish and chicken. This type of healthy diet, in which people only rarely eat red meat and sugary desserts, is known as the Mediterranean diet.

The Mediterranean diet is best known for reducing heart disease. In men with erectile dysfunction, it also improves ED by increasing levels of nitric oxide, a chemical produced in the body that improves blood flow and triggers healthy erections.

The Mediterranean diet also may reduce cholesterol and help the body make better use of blood sugar, two health benefits good for the heart and for sexual function.

Weight loss is not only about what a man eats, but also when he eats it. Men who participate in what’s called intermittent fasting have a reduced risk of erectile dysfunction. Most people on this type of eating pattern eat only in a 6-8 hour window and fast for the remaining 16-18 hours per day. As an alternative, some people participating in intermittent fasting go for 24 hours without eating a couple days a week.

Intermittent fasting can improve some of the risk factors for erectile dysfunction in overweight and obese men. It leads to weight loss and reduces abdominal fat in obese people with type 2 diabetes.

Intermittent fasting is a good option for losing weight since it leads to other beneficial effects on cells and reduces insulin resistance, a harmful process where the body starts to ignore insulin’s blood-sugar-lowering signals. It’s best to talk to your healthcare provider before embarking on this type of diet, especially if you have any health issues.

Being a couch potato is not good for your sex life or weight loss. Increasing physical activity by starting an exercise program can help lose fat, improve cardiovascular health, and lead to normal erectile function. To improve erectile dysfunction the best bet is moderate-to-vigorous aerobic exercise.

Doctors usually only recommend bariatric surgery—otherwise known as gastric bypass surgery—for the severely obese or who are obese with major weight-related health issues. In research using animals with type 2 diabetes mellitus, bariatric surgery improved ED by improving the corpus cavernosum, spongy tissue along the shaft of the penis that plays an important role in erections.

If you think this may be an option for you, talk to your doctor about this type of surgery.

Men whose erectile dysfunction is caused by sleep apnea can talk to their doctor about ED pills like sildenafil. Research has shown that sildenafil was more effective in treating ED related to obstructive sleep apnea compared with continuous positive airway pressure (CPAP) devices.

Can Being Overweight Cause ED?

Excess weight and having an increased body mass index go hand in hand with sexual dysfunction. Excess body weight is strongly linked to conditions that are also associated with erectile dysfunction such as cardiovascular disease, high blood pressure, and diabetes.

Even abdominal obesity—belly fat—can cause problems. It’s a hallmark of a condition known as metabolic syndrome, a cluster of risk factors for cardiovascular disease. Men who have metabolic syndrome are more likely to have erectile dysfunction.

Is It Harder To Get An Erection When You’re Overweight?

Yes, it is more difficult to achieve or maintain an erection when you’re overweight. Overweight or obese men have a 30%-90% increased risk of erectile dysfunction compared to men who are healthy weight.

Obesity is an independent risk factor for erectile dysfunction, and being obese or overweight is linked to a number of health issues that can lead to developing ED such as cardiac concerns, high blood pressure, and diabetes.

What Is The Best Way To Cure ED Caused By Excess Body Weight?

In men whose erectile dysfunction is caused by excess body weight, losing weight is the only way to improve sexual function.

Healthy eating, increased physical activity, and intermittent fasting can result in weight loss and healthier blood vessels that allow blood to flow into the penis. That lost weight will improve erectile function and lead to more satisfying sexual performance.

Can Sleep Apnea Cause Erectile Dysfunction?

Men who have obstructive sleep apnea, a condition that leads to temporary pauses in breathing during sleep, are more likely to have erectile dysfunction, which is often worse in men with sleep apnea.

Losing weight is an important step for improving sleep apnea, which is usually treated with a device known as a CPAP machine. However, research shows that the ED medication sildenafil is even more effective than using CPAP to improve sexual performance in men with sleep apnea and erectile dysfunction. Professional medical advice is required to determine the best form of treatment.