Erectile Dysfunction and Diabetes: Is There A Connection? 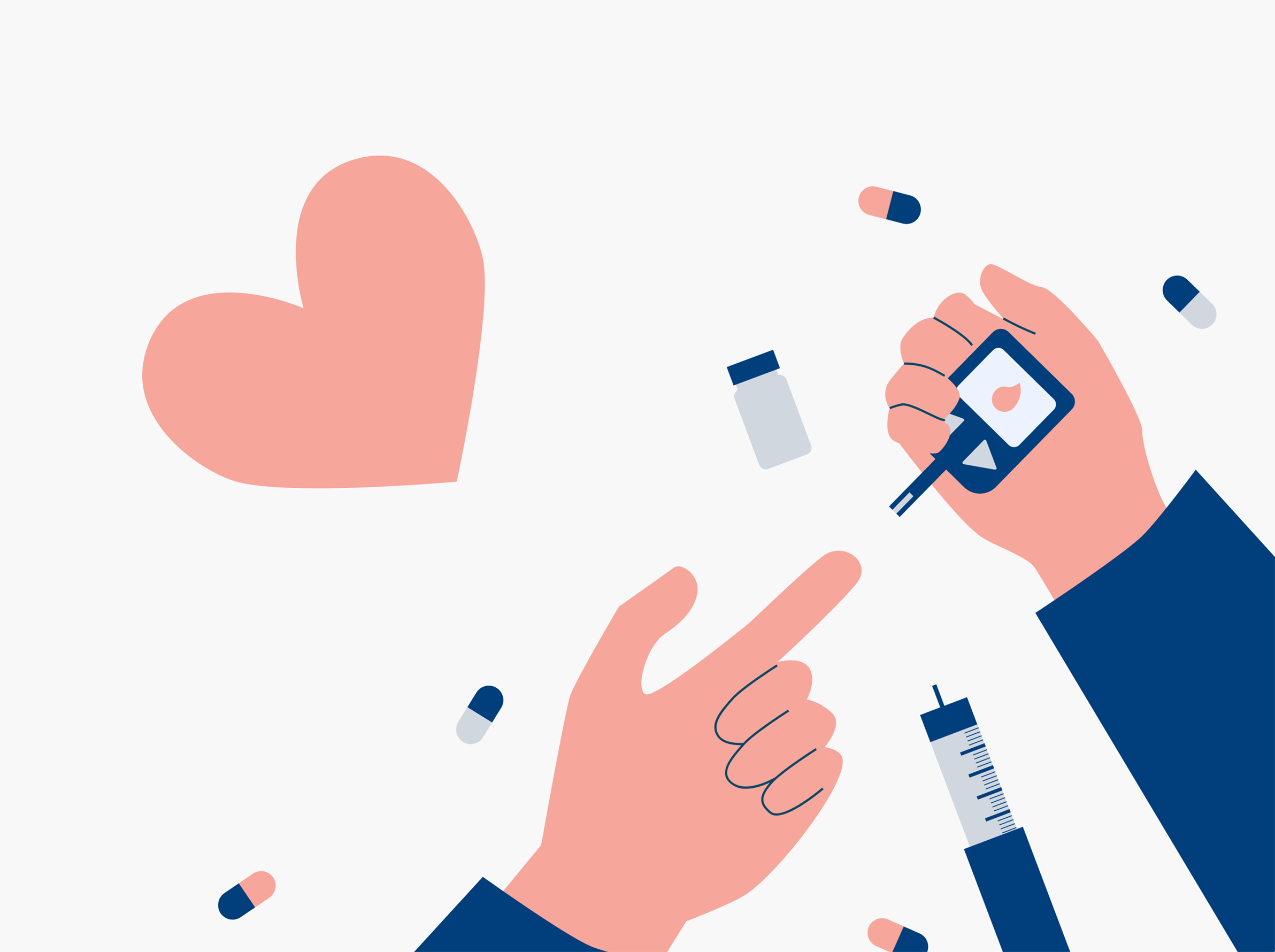 According to the Centers for Disease Control and Prevention, more than 37 million people in the United States have type 2 diabetes mellitus and an additional 88 million Americans – one in three – have prediabetes.

This is likely an underestimate because roughly 7.3 million adults ages 18 and older have diabetes but don’t know it. The surge in diabetes mellitus over the last few decades is due to the fact so many people are overweight or obese, don’t exercise much, and eat a lot of unhealthy food, all factors that are also linked to erectile dysfunction (ED).

Out of the two types of diabetes (type 1 and type 2), type 2 diabetes mellitus is by far the most common, accounting for 95% of the diabetes cases. Men are nearly twice as likely to develop type 2 diabetes compared with women. This leaves males vulnerable to common risks of type 2 diabetes, including erectile dysfunction.

But just because you have diabetes doesn’t mean you have to develop ED. There are steps you can take to reduce the risk of developing sexual dysfunction related to diabetes, so that your sex life doesn’t suffer. In a minute we’ll go into exactly what those steps are. First, though, let’s dive deeper into the effect of diabetes on sexual health.

There are two kinds of diabetes: type 1 and 2. Each of these diseases affect the way the body processes insulin, a hormone made by the pancreas. Insulin drives blood sugar into the cells so they can use it for energy.

In type 1 diabetes mellitus, the body makes very little insulin or none at all. Without enough insulin, blood sugar is unable to enter the cells and builds up in the bloodstream, leading to the development of diabetes.

Type 2 diabetes mellitus works a little differently. The body produces insulin, but your cells ignore the message insulin is sending. To compensate, the pancreas starts producing more insulin, sort of like shouting at the cells to get them to respond. This is known as insulin resistance.

Over time, the pancreas starts making more and more insulin, but ultimately it’s not enough and your blood sugar rises. This leads to prediabetes and possibly metabolic syndrome, a cluster of risk factors for heart disease, including high blood sugar. Eventually prediabetes can lead to full-blown type 2 diabetes.

How Common is Diabetes and Erectile Dysfunction?

Both type 1 and type 2 diabetes are common risk factors for erectile dysfunction, difficulty achieving or maintaining an erection firm enough for sexual intercourse even after being sexually aroused. According to peer reviewed studies, erectile dysfunction is more common in men with diabetes compared to men without diabetes:

A man doesn’t need to have full-blown diabetes to have erectile dysfunction during sexual intercourse. According to current perspectives in sexual medicine, prediabetes is linked to sexual dysfunction, too, especially in men younger than 50 years old. In prediabetes, blood sugar is higher than normal but not high enough to be considered diabetes, although it’s high enough to be considered one of the risk factors for sexual dysfunction.

Sexual and Urologic Problems in Diabetes and ED

Why Does Diabetes Cause Erectile Dysfunction?

The high blood sugar that occurs in diabetes interferes with erectile function in a number of ways. Here are the main reasons why diabetes can cause sexual health problems, especially erectile dysfunction.

Talk with your doctor about ways to reduce or prevent nerve damage, which may make it less likely you’ll develop ED.

About 25% to 50% of men with type 2 diabetes have low testosterone, which affects sexual health. Body weight can affect the degree to which men with diabetes develop erectile dysfunction. Current perspectives in sexual medicine indicate that obese diabetic men have the lowest free testosterone levels compared with non-diabetic men and diabetic men who are lean or overweight.

According to the American Diabetes Association, men with type 2 diabetes, especially if they’re overweight, are about twice as likely to have low levels of testosterone compared to men without diabetes. Testosterone is a hormone involved in stimulating sexual interest and healthy erectile function, so low testosterone can lead to sexual dysfunction in men with diabetes.

High Blood Pressure and Other Coexisting Conditions in Diabetes

Other conditions common in diabetes that are also linked to sexual dysfunction include high blood pressure and high cholesterol. Heart disease is common in men with diabetes and erectile dysfunction is a red flag that cardiovascular problems may be on the horizon for diabetics.

Some medications frequently prescribed for diabetics are linked to erectile dysfunction. Metformin is a drug commonly prescribed for people with diabetes. It lowers testosterone levels, other hormones linked to sex drive, and is associated with erectile dysfunction. On the other hand, the class of drugs called sulfonylureas, used to treat type 2 diabetes, are associated with higher testosterone levels and better sexual function.

Many men with diabetes are also taking high blood pressure medications, which are associated with sexual dysfunction. The worst offenders are thiazide diuretics, loop diuretics, and beta-blockers, which can reduce blood flow to the penis and lead to difficulties in achieving or maintaining a penile erection.

Treatment Options for Men with Diabetes and Erectile Dysfunction

Sexual medicine research shows that some of the best treatment options for diabetes-related erectile dysfunction are lifestyle changes that lead to reduced body weight and better blood sugar control.

A 2014 study found that men with diabetes who adopt a healthier lifestyle are more likely to reduce not only diabetes symptoms but also erectile dysfunction. These lifestyle changes included getting enough moderate physical activity, eating a healthy diet low in saturated fat, and weight loss, which all contribute to healthy sexual function and an improved sex life.

Men with diabetes who lose weight may have improved erectile function. Science indicates that one of the best types of diets for men with type-2 diabetes and erectile dysfunction is the Mediterranean diet. This type of diet includes:

• Lots of fruits and vegetables

• A limited amount of eggs, poultry, cheese, and yogurt.

Red meat, refined grains, and anything with added sugar are eaten only rarely, if at all.

Other lifestyle changes that can help diabetics reduce high blood sugar and improve erectile function include:

Lifestyle changes are the first step to improve erectile function in men with diabetes. However, if those changes aren’t working, you can turn to prescription medications designed to improve sexual function.

If you have type-2 diabetes and sexual dysfunction, visit your doctor to officially diagnose ED. Ask about prescription drugs for erectile dysfunction such as sildenafil, tadalafil, or avanafil. These drugs are safe to use together with diabetes medications, although they are contraindicated in men with severe heart disease or who are taking nitrate medications.

In men with low testosterone who don’t respond to ED prescription drugs, testosterone replacement often improves the response to the erectile dysfunction medications.

Men with diabetes who find that lifestyle changes don’t work have other options besides ED prescription medications. These include:

Penile injections are another standard therapy for men with erectile dysfunction. They’re safe to use in diabetics, but are often painful, and it’s inconvenient to stop foreplay to inject your penis with a drug.

Urologists also use a device known as low-intensity extracorporeal shock wave therapy (Li-ESWT) on men who have erectile dysfunction. This is a safe and effective type of therapy that doctors have used for over a decade. Li-ESWT uses shockwaves (powerful soundwaves) to fix the leading cause of erectile dysfunction, which is poor blood flow.

How common is erectile dysfunction in diabetes?

How can a diabetic overcome erectile dysfunction?

It is possible to reverse erectile dysfunction in male diabetics. It’s a good idea to work with your doctor or a certified diabetes educator to manage diabetes and treat high blood sugar. Implementing health tips like eating a Mediterranean style diet, increasing physical activity, reducing stress and alcohol intake, losing weight, and getting more sleep will all go a long way in improving sexual dysfunction related to diabetes.

Does sildenafil work for diabetics?

The prescription drug sildenafil, which is used to treat erectile dysfunction, is safe and effective in most diabetics, although it’s always best to consult with your healthcare provider to diagnose ED and make sure sildenafil is a safe option for you. A review of eight studies that included a total of 1,172 men with diabetes who also had erectile dysfunction found that sildenafil significantly improved overall sexual performance.

Sildenafil and other similar ED medications such as tadalafil or vardenafil won’t interact with common diabetes prescription medications, and many men with diabetes use these medications to improve sexual performance. However, men with severe heart disease or men who have high blood pressure who also have problems urinating or lower urinary tract problems should not use erectile dysfunction drugs.

Men who are taking nitrate medications, which are used to treat chest pain (angina), should also never use erectile dysfunction drugs, since this could cause a dangerous decline in blood pressure.