Are you sexually healthy at your age? Take quiz

Peyronie’s disease, or PD for short, is a chronic disease named after the French surgeon François Gigot de la Peyronie. 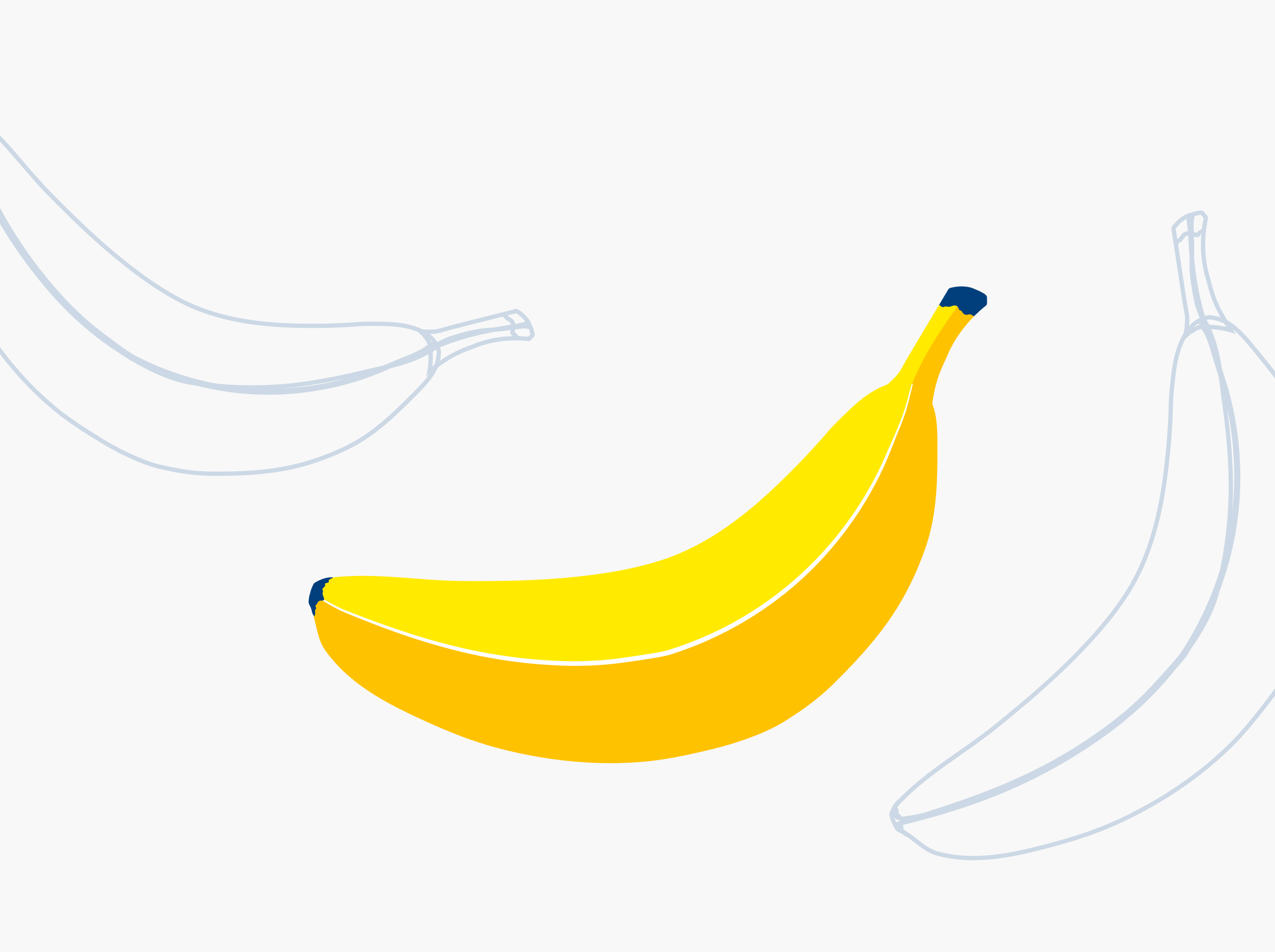 In this comprehensive guide, you will learn everything you need to know about Peyronie’s disease, including its underlying mechanism, causes, risk factors, symptoms, treatments, and more.

Peyronie's disease is a progressive condition that can cause penile pain, penile curvature, pain during sexual intercourse, erectile dysfunction and other sexual and urinary problems. It is most common in men who have had multiple sexual partners and/or have had a history of smoking, alcohol, and drug abuse. Peyronie's disease can be treated, but it is not curable.

What is Peyronie's disease?

Peyronie Disease is the condition where scar tissue forms beneath the skin of the penis in the corpora cavernosa, the organ used to irrigate the penis’ blood. The plaque builds within a thin elastic layer known as a "tunica albuginea" inside the penis. Tunica albuginea becomes stiff after blood flows in making the penis erect. This plaque can be positioned anywhere in your pelvis area from pelvic trauma. The plaque reaches the surrounding tissue when the erection occurs, causing the penis to curve.

What is Erectile Dysfunction?

Erectile dysfunction can be one of the symptoms of peyronie’s disease or another medical or psychological problem. It can lead to stress, relational difficulty, and low self-esteem.

The major symptom is a man's inability to obtain or maintain a hard adequate erection for sexual intercourse.

Patients with erectile dysfunction should be assessed for any underlying medical or psychological disorders. Medication and assistance equipment, such as pumps, can be recommended if treating the underlying issues does not help.

A man can develop Peyronie’s disease suddenly or slowly. The primary symptom is severe curvature of the penis. Other symptoms include: Flat scar tissue on the shaft, a curve to one side of the penis, penile shortening may become worsening as a result. Generally, the acute phase of the disease can stabilize in 1-3 months, if not more leading to the chronic phase.

Peyronie's disease is one of many certain connective tissue disorders that is most likely triggered by a small penile injury or penile trauma.

This sort of injury is most commonly caused by forceful intercourse (for example, bending the penis during penetration or pressure from a partner's pubic bone), although it can also be caused by sports or other incidents. Injury to the tunica albuginea may result in the formation of scar tissue in the cells (fibrosis). This scar tissue then hardens to produce the Peyronie's disease plaque. Peyronie's disease is caused by a flaw in the way the body heals wounds, often on the top or side of the penis.

Medical professionals say the penis is damaged by hitting the penis. This can also be caused by sports and accidents.

Occasionally, acute injuries can be experienced, and repeatedly over time chronic injuries occur.

The injury might cause blood clots inside the elastic membrane of the penis - tunica albuginea. If injuries heal, they can cause scars to form, causing the formation of plaque. This hard plaque forces against the surrounding tissue which causes a curve in the penis to form. Occasionally, men with Peyronie’s disease may have micro-infections in his penis.

Researchers say it was not easy to recall a particular incident before symptoms began.

Peyronie’s disease may develop in men who have autoimmune disorders if their immune systems attack their penile tissue. It may cause inflammation of the penis, especially in the acute phase. Scars can form into plaque. More information regarding the autoimmune diseases and connectivities of Peyronie can be found on the American Urilogical Association website.

Peyronie's disease is a penile connective tissue illness similar to Dupuytren's contracture of the hand. It is distinguished by bent erections, penile discomfort during erections, and palpable penile plaque.

Sometimes minor penis injuries are not necessarily the cause of Peyronie's disease, there are other genetic or environmental reasons as well. However, different factors may be contributing factors to poor wound healing; these factors could also play an important role in causing Peyronie’s disease. Other factors, such as smoking and prostate surgery, can also be linked with Peyronie’s disease.

How common is Peyronie's disease?

How do doctors diagnose Peyronie's disease?

Most patients need a urologic specialist specializing in sexual and urinary health issues to have Peyronie’s disease diagnosed properly. The urologist can diagnose Peyronie's disease using your history of health and family history, as well as a physical exam. An imaging test is no longer necessary in order to identify Peyronie's disease, but it can serve to collect additional details about the plaque.

Your healthcare professional will generally diagnose Peyronie's disease after asking you about your sexual history and health. However, there are various tests that may be used to diagnose Peyronie's, assess severity, and determine therapy options. If therapy is necessary, tests can assist determine which treatment is best.

Looking at the flaccid penis is the first sign of Peyronie's illness. Palpation is used to detect indented, hard, or otherwise dissimilar parts of the penis from penis stress or other damage. Since the acute phase can develop slowly, Peyronie's disease may not be immediately apparent if caught early.

The healthcare professional may also measure the stretched, flaccid penis at this time. Stretching the penis is also a sign of penile health.

Your doctor may use the Peyronie's Illness Questionnaire to assess your disease (PDQ). The PDQ is a 15-item exam that assesses the severity of psychological and physical symptoms associated with Peyronie's disease. It may be used to assess illness severity as well as therapeutic efficacy.

The erect penis is generally tested. In order to help you to achieve an erection in the doctor's office, the doctor frequently injects your penis with erectile dysfunction medicine. He will now measure your erection's curvature. A goniometer is ideal for this. It may be done manually too.

Tests of the Blood

Inability to get an erection may raise the chance of Peyronie's. Erectile dysfunction is frequently caused by other health issues, such as low testosterone levels.

In certain cases, other imaging techniques can detect plaques in the penis at various stages of production.

An X-ray can detect changes in the penis' soft tissue.

CT scans can detect plaques that haven't calcified yet.

An MRI is used on occasion to help detect Peyronie’s disease. However, due to high costs, MRI is rarely employed.

If you have very little penile curvature, no discomfort, and no sex issues, you may not need to treat Peyronie’s disease at all. Some instances of Peyronie's disease resolve on their own. Consult with your healthcare practitioner or family physicians to determine which alternatives are best for you.

There is no treatment for Peyronie's disease, however there are always ways to ameliorate the alterations in the penis. There are several treatments available, including stretch therapy (traction therapy), medicines, and even surgery.

Surgery has been demonstrated to be the most effective therapy for Peyronie's disease in terms of treating penis curvature. However, it is normally only suggested in extreme situations for individuals who have curvature for more than 12 months and have not responded to nonsurgical treatments.

What can I do without medicine or surgery for Peyronie's?

This therapy involves stretching the penis and sometimes even bending the penis opposite of the direction of the curvature. This promotes the regeneration of scar tissue, which improves curvature, length, and even the hardness of erections.

The traction therapy device must be used every day for months to demonstrate results with this healing process. Many guys sleep with it. This therapy has had no long-term negative effects. Men may need to buy the device themselves, although insurance companies frequently compensate them. However, most devices are not FDA-approved for traction, but according to the Journal of Sexual Medicine, some devices can be effective.

The British Journal of Urology published a study titled "The role of vacuum pump therapy to mechanically straighten the penis in Peyronie's disease" that concluded vacuum therapy can improve or stabilize the curvature of Peyronie's Disease, that it is safe to use in all stages of the disease, and that it may reduce the number of patients who require surgery.

Other injection treatments include:

Injections of IFN: Interferon helps reduce edema and scarring. It generates an enzyme that delays the formation of scar tissue.

Verapamil shots: This medicine is used to treat high blood pressure, but it also helps with penile discomfort and curvature when injected into Peyronie's plaque.

Medication can be administered orally or injected into the penis. Oral drugs are less effective than injections. Injections directly into the scar tissue can help break down the scar and improve penis curvature. Medications might be utilized in the acute period or for men debating surgery. No medication produces a straight penis.

NSAIDs. Ibuprofen and other anti-inflammatory drugs may help relieve discomfort

Pentoxifylline. Although it increases blood flow, it might produce nausea.

L-arginine. Blood flow can be improved with L-arginine.

Aminobenzoate (Potaba). These vitamins may help decrease plaque size but not the penis curvature.

Vitamin B is rumored to also be beneficial, but there is little evidence to back it up.

Extracorporeal shockwave therapy for refractory penile discomfort and plaque size reduction may be effective in the medical management of Peyronie's disease. However, penile discomfort usually disappears on its own over time, and shockwave therapy in the doctors office can be expensive for individuals. Thankfully, due to modern technology, home treatments are now available and are very promising

To improve the stiffness, girth, and straighten the penis in patients with Peyronie's disease and erectile dysfunction, an inflated penile prosthesis surgery or, a penile implant is implanted.

When to see a doctor

Consult your doctor as soon as you discover signs or symptoms of Peyronie's disease. Early therapy provides you the best chance of improving — or preventing — the problem from worsening. If you've had the disease for a while, consult a doctor if the discomfort, curvature, length, or other abnormalities affect you or your spouse.