Green tea consumption has many health benefits but can it help with erectile dysfunction? 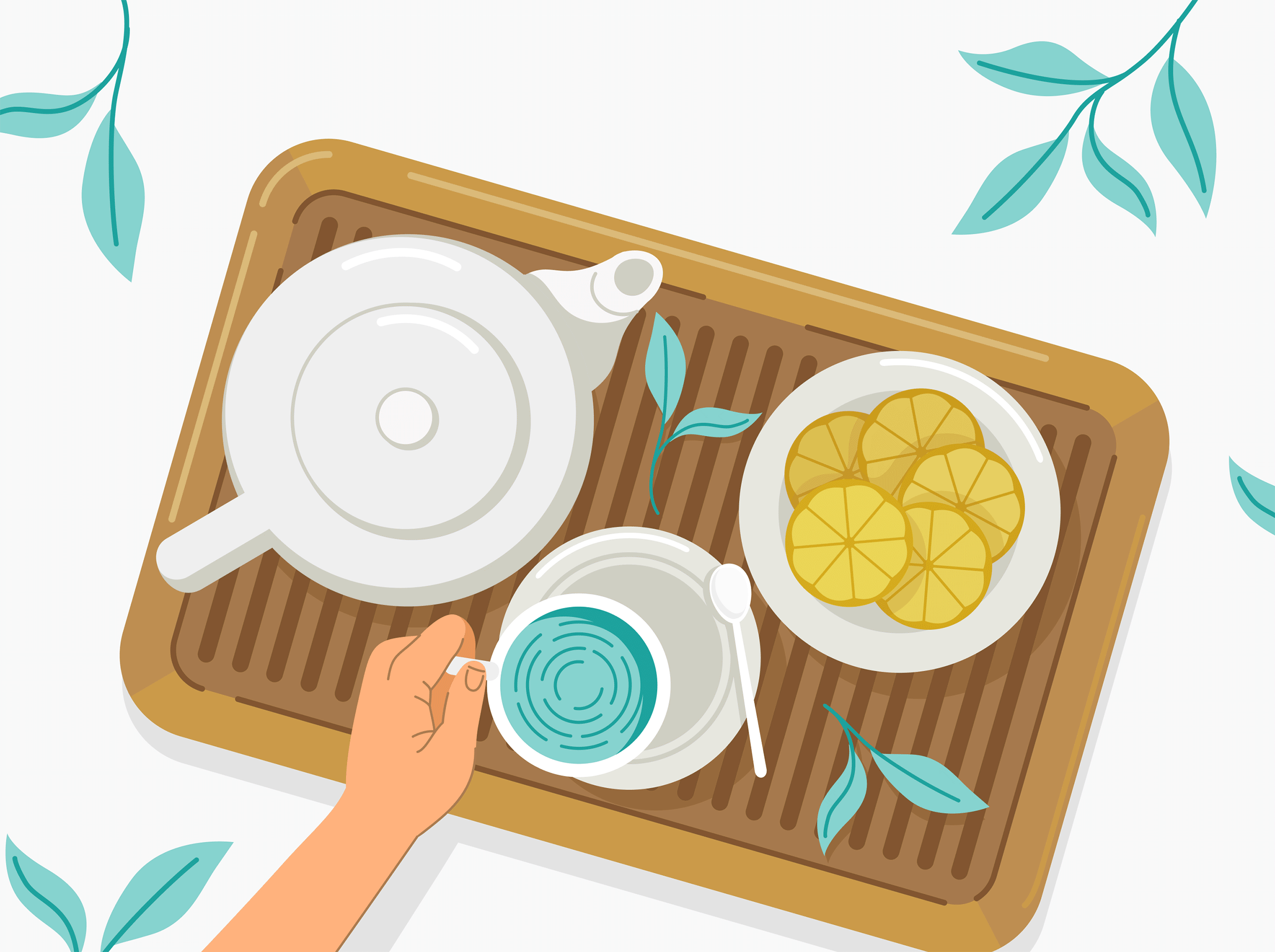 Ever since a study on rats published in PubMed Central examined the effects titled  “Does regular consumption of green tea influence expression of vascular endothelial growth factor and its receptor in aged rat erectile tissue and possible implications for vasculogenic erectile dysfunction progression” with promising results, there have been numerous studies on humans and animals alike on sexual medicine in general, but also on the effects of green tea on erectile dysfunction.

What is erectile dysfunction?

Erectile dysfunction is a condition that occurs when a man cannot achieve or maintain an erection. Erections result from a complex series of neurological and hormonal signals that are sent to the penis to cause it to become rigid. This process is controlled by the nervous system and the hormones produced by the endocrine system. The penis becomes rigid when the nerves in the penis are stimulated by signals from the brain and hormones in the blood.

In this situation, the blood vessels that supply the penis dilate, and the penis fills with blood. This causes the penis to become rigid and stiff. The rigidity of the penis can be maintained for a certain period, which is called the duration of the erection. This period varies from a few seconds to several minutes. After the erection subsides, the penis returns to its flaccid state. Erectile dysfunction occurs when a man cannot achieve or maintain an erection.

Many factors, including: can cause erectile dysfunction

Circumstances: Circumstances can cause erectile dysfunction. This includes stress, lack of sleep, and medical conditions.

Psychological problems: These include anxiety and stress.

Diabetes: This includes type 2 diabetes and diabetes due to other causes.

Surgical procedures: This includes surgeries such as mastectomies, prostatectomies, vasectomies, and hysterectomies.

Alcohol: Drinking a lot of alcohol might make it challenging to develop or retain an erection. This is known as erectile dysfunction (ED). The signals in the brain that tell the penis to fill with blood are disrupted by alcohol. It may also occur due to alcohol's ability to suppress testosterone production.

Smoking: Guys who smoked more than 20 cigarettes per day had a 60% greater risk of erectile dysfunction than men who never smoked. Erectile dysfunction was reported by 15% of former and current smokers. Both now and in the past, men who smoked were around 30% more likely to have impotence.

Obesity: Above normal body weight and obesity may raise the risk of erectile dysfunction (ED) by 30–90% compared to normal-weight persons. People with ED, on the other hand, tend to be bigger and have a larger waist than subjects without ED. They are also more likely to be hypertensive and hypercholesterolemic.

The following are some of the benefits of green tea:

Relieves fatigue: The caffeine in green tea can help to alleviate fatigue. This is because caffeine can help to stimulate the nervous system. This can improve the function of the brain and the body.

Reduces inflammation: Green tea can reduce inflammation. This can help to prevent or reduce health problems such as cancer.

Prevent cancer: Green tea can prevent cancer. This is because it contains antioxidants that can help to protect the body against cancer.

Treats obesity: Green tea can help to treat obesity. This is because it contains caffeine. Caffeine can help to increase the body's metabolism and reduce appetite.

In addition, green tea contains a natural polyphenol that may help reduce heart attacks and strokes. Epigallocatechin-3-gallate (EGCG), a polyphenol, is recognized to have antioxidant effects and is already used in health-promoting supplements. However, polyphenol is currently being studied for its plaque-busting properties. A 2018 study discovered that EGCG helps break up and remove potentially hazardous protein plaques in blood vessels.

Although centuries of drinking various teas effectively control sexual activity, according to a common literature review. Few studies confirm the effectiveness of teas to improve erectile function — most often carried out by animal patients. Despite the tests conducted on animals, it is believed that some teas have a positive impact on men's erectile function. Researchers looked for evidence that red ginseng effectively reduces the risk of ED symptoms. The systematic review strongly suggested that herbal might provide promising and effective treatment.

What are Erection Teas?

Erective tea can help with an erection similarly as green tea can help with antioxidants, and chamomile can help with relaxation before sleep. Erection teas contain a mixture of herbs, leaves, and roots. These ingredients are meant for medicine, and they are often grouped as they encourage penile power at a particular moment of intimacy.

Should I use Erection Teas?

Performance satisfaction is perfect for the confidence and sexual drive in the relationship. So alternative treatments such as effective tea are commonly used. Although ginseng and green tea are considered an alternative therapy for erectile problems, its effectiveness cannot be guaranteed. The FDA recognizes treatment such as vardenafil, sildenafil, or avanafil. The decision must be first discussed with an experienced healthcare professional.

Other foods to increase my testosterone levels naturally?

Foods are often used to treat erectile dystrophy and sexual health. Here are some of the favorites:

Red wine Those who drink between 1-2 glasses tended to experience greater sexual desire than those with no vino. Researchers have found that red wine can boost testosterone. It is also very effective because it has a high nitrogen oxide content in its metabolites which relaxes the arterial wall and reduces swelling. Like most other foods listed here, it increases vascular flow.

Steaks and Burgers Although beef isn't always on the list of foods to consume to boost libido. It's worth trying. Beef's saturated fats are key sex hormone-building components. This contains testosterone, which is essential for enhancing libido in both men and women.

Spinach This isn't normally thought of as a sexy vegetable. However, it can increase your sexual drive in a variety of ways. This leafy green is high in magnesium, which might increase testosterone levels.

Pumpkin seeds According to one study, pumpkin seeds are an excellent libido enhancer. Pumpkin seeds are high in omega-3 essential fatty acids, which work as a precursor to prostaglandins, which are hormone-like compounds that are needed for sexual health.

Nuts Men in a scientific experiment who added two handfuls of nuts to their usual diet reported improved sexual function. According to new research, consuming 60 g of nuts each day may boost men's sexual function.

Ginger Ginger is another food that can boost your sex life by increasing blood flow and arterial health. A study published in the International Journal of Cardiology found that consuming a teaspoon of the stuff a few times a week is all you need to reap the heart-healthy benefits.

Peppers Capsaicin, the fiery chemical that gives hot peppers their mouth-watering zing, has been linked to enhanced vascular health and higher testosterone in males, both of which might boost sex desire and function indirectly.

Fatty fish Omega-3 fatty acids, which can enhance cardiovascular health and lower triglycerides and stimulate dopamine production and lessen the risk of depression – all of which are beneficial to desire and orgasm.

The best way to increase libido and help with ED is to manage your overall health. Some of the best things you can do include:

Can nitric oxide cause erectile dysfunction?

Nitric oxide has also been a critical role in erectile function. Data indicates that a deficit in nitric oxide activity may lead to erectile dysfunction (ED) and vascular issues in some men.

What does nitric oxide have to do with green tea?

Green and black tea have been proven to protect against nitric oxide (NO•) toxicity in various ways. Green and black tea both scavenge NO• and peroxynitrite, prevent the inducible form of nitric oxide synthase (iNOS) from producing too much NO•, and reduce the LPS-mediated induction of iNOS. In other words, drinking tea is beneficial to nitrous oxide production.

According to clinical trials, people who routinely use coffee or energy drinks are also not at a higher risk of developing erectile dysfunction; However, they may be at increased risk of other illnesses. Caffeine, on the other hand, is a vasodilator. This suggests that coffee enhances blood flow and artery function, which can benefit men seeking a penile erection.

I have heard pomegranate juice also works well for ED, is that true?