A venous leak is a defection where a person can't have strong erections even with sufficient blood into the sex organ. 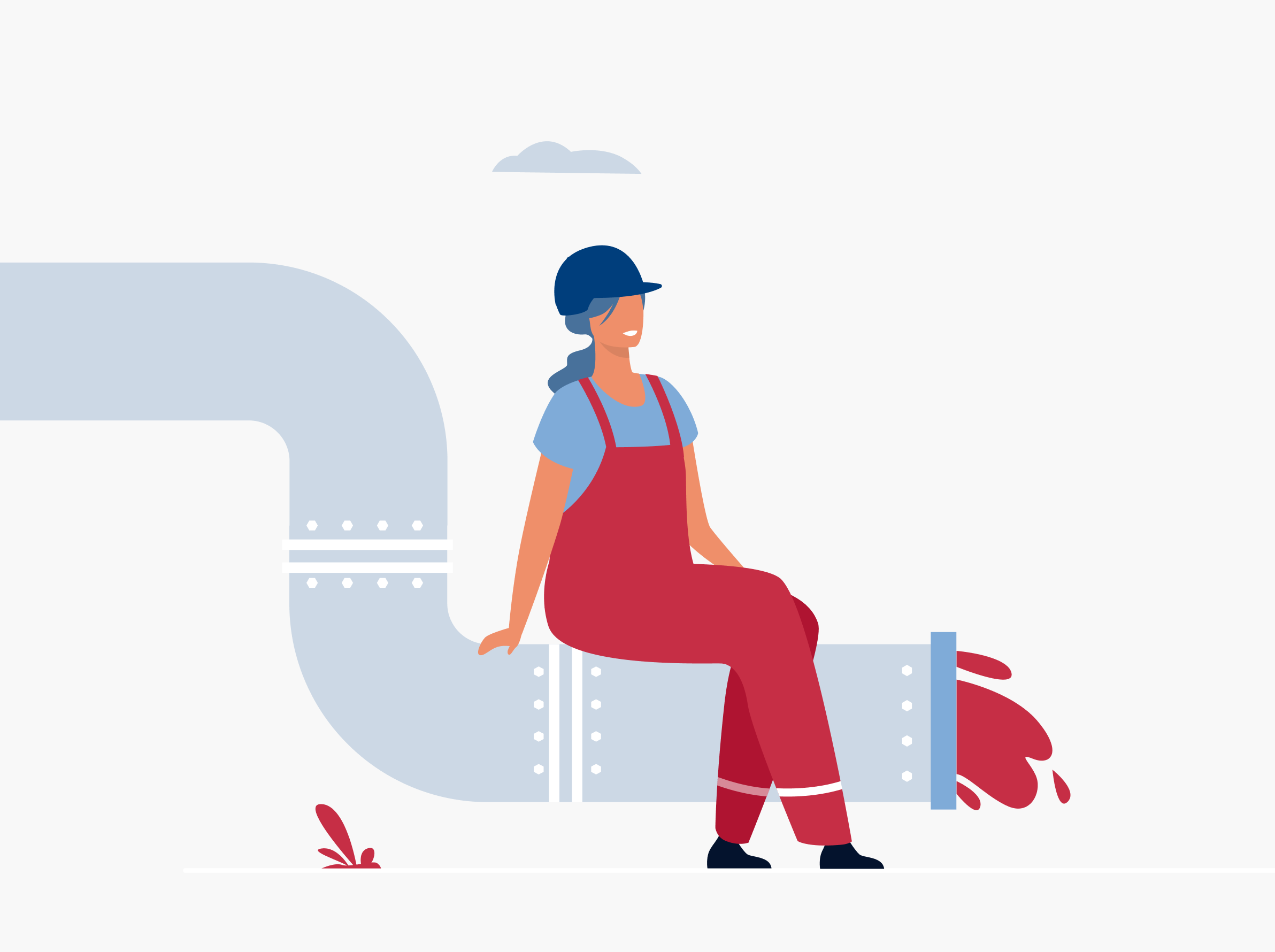 Today, many men silently suffer from erectile dysfunction. If you find yourself experiencing difficulties sustaining erections, the potential cause is that you might be struggling with a venous leak.

Much concerning venous leaks remains contentious among physicians, and many facets of the disease, notably its medication options, are debatable. The prevalence of the illness is unclear, yet, a few resources suggest it's a prevalent erectile dysfunction cause.

Venous Leak: What Causes It?

A venous leak is a defection where a person can't have strong erections even with sufficient blood into the sex organ. It results from too much venous drainage in the penis corpora cavernosa. This retards the typical erectile capability of the man organ.

For a successful erection, the genitalia has to hold the flow of blood in and restrict outflow through compression of veins taking the blood back to maintain a strong erection. This process is called veno-occlusion. If someone has this disease, the blood won't hold, thus making the erection to be fluid. Such a person may have an erection but cannot keep it rigidly for long.

Venous leak is not a common cause of ED, but it cannot be ruled out as a non-threat altogether. Men suffering from this condition experience shame and often choose to be secluded in sexual relations. As a man, you can note if you have a possibility of contracting the condition. Get an early treatment since venous leakage is treatable.

Some of the symptoms of a venous leak include:

A venous leak can be diagnosed in a patient using different medical techniques. These are certified methods used by doctors worldwide to check for this condition that affects the manhood of males. Research has shown that many men suffer in silence and only come for a checkup when they can no longer sustain a sexual erection, and thus, their sexual life is in ruin or on the verge of collapse.

The following are the common conventional ways used to detect occlusive dysfunction:

In this case, fluid is pumped into the genitalia at a predefined rate and pressure. It measures the vascular pressure in the corpus cavernosum when erect. A vasodilator, such as Prostaglandin E-1, is given to determine the infusion rate required to achieve a stiff erection and to help determine the severity of the venous leak. Cavernosography supports this treatment, which involves injecting contrast material and then x-raying the patient to detect any leakage.

A venous leak diagnosis may be given incorrectly by a penile colour doppler procedure. Extreme caution should be in place when giving DUs to young men with no history of vascular risk factors. Failure to achieve a decent erection should make the clinician hesitant to diagnose the venous leak. Furthermore, cavernosometry, which looks to be more precise in detecting venous leakage, continues to play a role.

Venous leakage is treatable. If you evidence any symptoms like conditions and disease that expose the body to suffering venous leaks. Medical doctors and scientists have come up with methods to treat this condition and restore the traditional function ability of the penis to persons suffering from a venous leak. Early diagnosis and treatment have seen a significant decrease in the number of men suffering from ED.

The FDA (Food and Drug Administration) has approved Viagra, Levitra, and Cialis as oral medications for treating erectile dysfunction (ED). They must be taken orally and in tablet form to be effective. These drugs aid in the smooth muscle relaxing to produce an erection.

The medication, however, is less effective in men who are suffering from severe venous leak conditions.

When oral medicines are unsuccessful, penile injections are also a treatment option for ED. Although the notion of having anything injected into your penis is without a doubt unpleasant, many men will attest to the injections' effectiveness and simplicity.

Urologists also employ a mix of medicines, including papaverine, phentolamine, and alprostadil, in addition to the two FDA-approved treatments, Caverject and Edex. In most situations, injections consist of a mix of two or three medicines. This combination, dubbed Trimix, enables the three medicines to work synergistically while keeping the doses of each treatment low enough to avoid adverse effects. Additionally, the Trimix solution has a reaction rate of up to 90%. Only 0.7% of persons getting intracavernosal injection fail to have an erection.

Before commencing home injectable treatment, you must get adequate training and information from your physician. The injectable medication's purpose is to maintain an erection long enough for sexual intercourse, but not too long or too painfully. The injections must be given in the correct quantities and using a suitable technique to avoid scarring the penis or developing priapism.

When oral medications fail to work, the medicated urethral system for erection (MUSE) is commonly used to get an erection. This approach includes putting a small suppository of medication into the penile urethra without the need for needles, which is a significant advantage over other methods. It is then absorbed, which aids in the creation of an erection as well as the maintenance of it.

In major clinical studies conducted in Europe and the United States, it was discovered that MUSE was beneficial in 43% of men who had impotence owing to a variety of causes. Patient or spouse administration is the primary advantage of this medication, which has low side effects and is delivered locally. Despite this, it has been demonstrated that the therapy causes substantial long-term penile pain and that the response rate is highly varied. An adjustable rubber tension band is occasionally utilized at the base of the penis to help get the best possible results.

Patients who use MUSE should have their initial application done at their doctor's office to avoid complications such as urethral hemorrhage, low blood pressure, and sustained and extended erections, among other things. Additionally, in rare instances, the symptoms of lightheadedness or low blood pressure may manifest themselves.

It's also worth noting that sexual stimulation is necessary after inserting the suppository into the penile urethra to increase blood flow to the penis and relieve discomfort. Only one suppository should be used each day, and medication stored in the refrigerator.

Penile implants are functional devices carefully and strategically placed inside the penis. It Ii is a common remedy for erectile dysfunctions.

The insertion of a penile implant is an option when ED has a defined medical etiology and when the issue is improbable to resolve or naturally improve in conjunction with other medical therapies. When scarring causes erections to curve, a penile prosthesis may be inserted during surgery to restore the penis.

Patients have the flexibility of selecting from a variety of inflatable and malleable medical devices. Depending on the anatomy and preferences of the patient, a range of implantation procedures can be used successfully. Patients who have not responded to more conservative treatment options are the focus of this treatment, which looked at the best practices for implanting penile prostheses in those individuals. The technique for implanting a penile prosthesis is also covered in this exercise, emphasizing the importance of a multidisciplinary team in evaluating and treating patients who require a prosthesis, among other aspects.

Penile prosthesis implantation in patients with any of the following conditions is in contradiction:

Complications associated with penile implants are:

The success rates for male penile implants are high, with only 1% of the patients having infections and complications later on. The mechanism's longevity like this is usually 15 years, after which you will need to get another implant.

If the venous leak is mainly due to stress, your doctor may suggest that you find guidance and conduct attention and relaxation techniques. Your consultant will help you to deal with stress, anxiety, fear, or grief. These may be causing irregular blood flow, causing you to have a venous leak. You can also plan to visit a sex therapist who will guide you on the best approaches to coping with sexual disappointments and maintaining composure during intimacy. Successful treatment helps you and your wife realize and manage your challenges.

Venous leak surgery, such as crural ligation and penile revascularization, is included in the category of vascular surgery. There is no alternative therapeutic method that can result in a permanent reorganization of typical spontaneous erections in the absence of medications or medical technology to consider. Vascular surgery is the only treatment option available with this capability.

Erectile dysfunctions are caused by a myriad of conditions and diseases. Venous leak is one of the causes that can lead to loss of erections or weak erections. Lack of sexual satisfaction will emanate from this where man will not satisfy his partner.

The good news is that venous leaks are diagnosable and treatable. After you experience any of the symptoms associated with venous leaks, such as nerve disorders and Peyronie’s disease, you need to get checked for this disease. This will prevent a possible erectile failure that may negatively affect your lifestyle. Scientists have curated the possible ways of treating this condition and restore manhood to wholesomeness. This includes oral medications, penile implants, and surgeries, among others.