At What Age Does A Man Stop Ejaculating?

Sexual drive, also known as libido, tends to decline as men reach middle age but what age does a man stop ejaculating? Read our guide to find out! 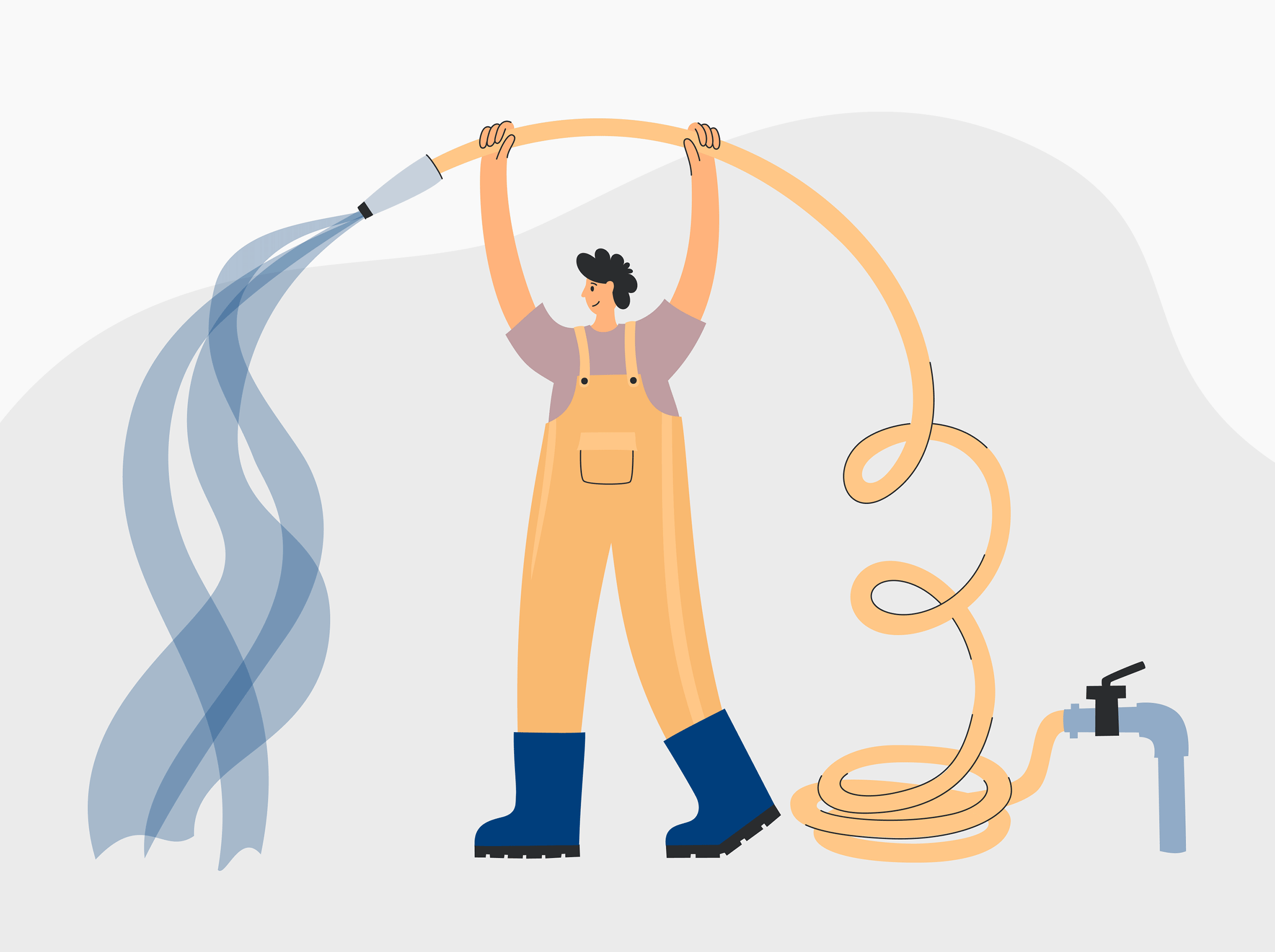 Sexual drive, also known as libido, tends to decline as men reach middle age. It is generally caused by naturally changing hormone production as we grow old. Testosterone is men's most common sexually induced hormone. Usually, your secondary sexual features are based on your body's voice and body mass. Testosterone also regulates sexually active behavior. During middle age, testosterone levels are naturally declining. Testosterone levels peak at the age of 18 or 19 before falling throughout adulthood. In addition, as men age, their refractory period grows. Younger people in their teenage years may be able to begin having sex again after a few minutes. However, with proper diet and exercise, a man can add more time between their ability to ejaculate again despite hormone production decreasing every additional decade of life.

When do men stop having sexual intercourse?

The ages of men who give up their sexual acts differ greatly. Nevertheless, some studies indicate men have an average sexual lifespan of between 75 and 85. University of Illinois researchers investigated the relationship between age and sexual activity in men throughout the United States. The study is ongoing. The study derived data from large-scale US population survey findings and reported that 72 percent of men aged 75 to 85 had maintained their sexual activities.

At what age does a man stop getting hard and ejaculating?

Aging isn't good for your genitals when you have an aging body. Body changes occur, and testosterone levels decrease. Sadly, your penis gets older, and the rest of your body behaves accordingly. As time passes, our bodies begin to change. The fatal condition of genetics and nature manifests itself. Our lives are changing, and this affects us in our sexuality. What can be done to help keep your sexual health up to date? We will discuss how here.

The number one male sexual disorder is premature ejaculation

You might be surprised to learn that it isn't erectile dysfunction (ED). You'd think that with how much money is spent on trying to treat erectile dysfunction with remedies such as medications, ads, and little blue tablets promising to cure you of ED, this was the most frequent male sexual condition. But it isn't.

Premature ejaculation, commonly characterized as not being able to have the physical act of penetrative intercourse for more than 2-3 minutes, affects more men than any other disorder, despite their age. According to some peer-reviewed studies, it is up to 75% for some people, while others claim having this ejaculation problem is much lower at 30%.

In any case, it's a large number, and the condition can harm a man's physiological well-being and sexual performance. The need to treat premature ejaculation in most men, including young men, should receive more focus from medical associations.

Erectile dysfunction in older men is still a common issue

The rate of new cases of ED in men begins rising over the age of 40. As a result, more men are seeking treatment for this condition. Erectile dysfunction can affect men of any age, but it is most common in older guys. ED can be caused by many factors, including cardiovascular disease, diabetes, and depression.

ED, which is commonly described as the inability to develop or sustain an erection sufficient for the sexual enjoyment of both partners, is ranked second in common male sexual disorders. By the age of 40, over half of all males have had ED at some point. With each passing decade, this figure rises. In the USA alone, it is estimated that 18 to 30 million guys suffer from ED. There are several causes for this illness, which we will discuss further below.

Does your penis actually shrink with age?

The third most common issue is the horrific thought of the shrinking penis. Yes, you read that right. As you get older, your penis shrinks. This is the most severe sexual dysfunction, in our opinion. So, what is the cause? Weight increase, prostate surgery, lack of usage (aka disuse atrophy), Peyronie's Disease, and prostate cancer surgery are all causes.

What is the cause of my sexual limitations?

How to Stay Sexually Active as an Older guy

Although it's typical for sexual desire to decrease as we age, it is no longer necessary to give up in your 60s and 70s, and even 80s. Taking the steps needed to reduce the risk for sexual dysfunction in older adults by using medication to treat the condition will always help you enjoy sexual experiences. It is also entirely possible to experience satisfying sexual relationships far into old age by taking precautions to avoid poor health, addressing medical diseases early on as they emerge, and utilizing medicine to prevent sexual activity and performance concerns.

There are many options out there for preserving sexuality into old age, here are just a few options:

According to a 2016 study, men have a 40% chance of having some ED in their 40s, with the risk increasing by 10% with each successive decade. The good news is that current ED medications can make it simple to keep an erection, even if you're one of the many guys who suffer from ED.

Tadalafil (Cialis), vardenafil (Levitra), sildenafil (Viagra), and avanafil (Stendra) are the most popular and commonly used ED treatments. When taken before sex, these drugs make it much easier to obtain and sustain an erection, allowing you to enjoy fulfilling sexual intercourse without having to worry about ED, often for a couple of hours.

Maintain a Healthy Way of Life

When it comes to remaining sexually active as you get older, maintaining excellent physical health typically equates to good sexual health and stronger sexual desire as you age.

Simple things like exercising regularly (In particular weight training for blood flow and maintaining muscle use), eating a balanced diet, and avoiding harmful habits like drinking too much or smoking all have a beneficial influence on your sexual health. Doing these things provides the capacity to sustain a good sex life in your 60s and 70s and potentially even longer!

Many sexual performance concerns in older guys are either directly caused or exacerbated by chronic health conditions.

If you have a chronic condition or any health problem that might interfere with your sexual function, see a doctor regularly and receive treatment. A common issue in older men is not visiting the doctor enough. If you have this terrible habit, try to break it. Make an appointment now to be proactive in screening for age-related medical conditions that might impair your sexual function and quality of life, such as prostate and cholesterol issues.

You'll be able to deal with concerns as they emerge and maintain high sexual health and performance at any age if you're proactive about your health.

What are some other ways to increase stimulation as an older man?

There are several ways to help with ED and other issues by having more stimulation to reduce ED. Oral stimulation is a top choice for older men when trying to become sexually aroused. For many people, barriers to sex can be improved through more foreplay and being in the right mood helps. Trying to force a normal experience mostly can lead to stress and possibly even relationship problems. Let things happen in their natural and usual way.

Is there a difference between people who have ejaculation issues and ED?

Yes, but they can go hand in hand. Even partial ED can make it more challenging to manage ejaculation during normal sex. With most men, there needs to be a full erection for them to be able to ejaculate and achieve orgasm.

What is retrograde ejaculation?

While this can sometimes be the case, there is a relation to people who ejaculate abnormally in some way, including delayed ejaculation. Still, often it is not a symptom of other mental health conditions. However, research suggests that antidepressants have the potential to cause sexual dysfunction with common side effects on an otherwise healthy sex life by affecting neural pathways that govern the sexual response. The sexual adverse effects of antidepressants can occasionally worsen when the prescription dose is increased. However, antidepressants that influence serotonin are also frequently used to treat men's premature ejaculation.

What do pelvic floor muscles do?

Some of the muscles link to the base of the penis and can move it; if you can waggle your penis up and down when erect, you are activating these muscles. Ejaculation can be controlled by varying the tension of these muscles. Pelvic floor muscle training is an excellent way to help with delayed ejaculation for those suffering from premature ejaculation of their semen when involved in a sex act.