Poor sexual performance can lead to stress, fear, depression, and low self-esteem. Here’s how to boost your mental outlook while suffering from this frustrating condition. 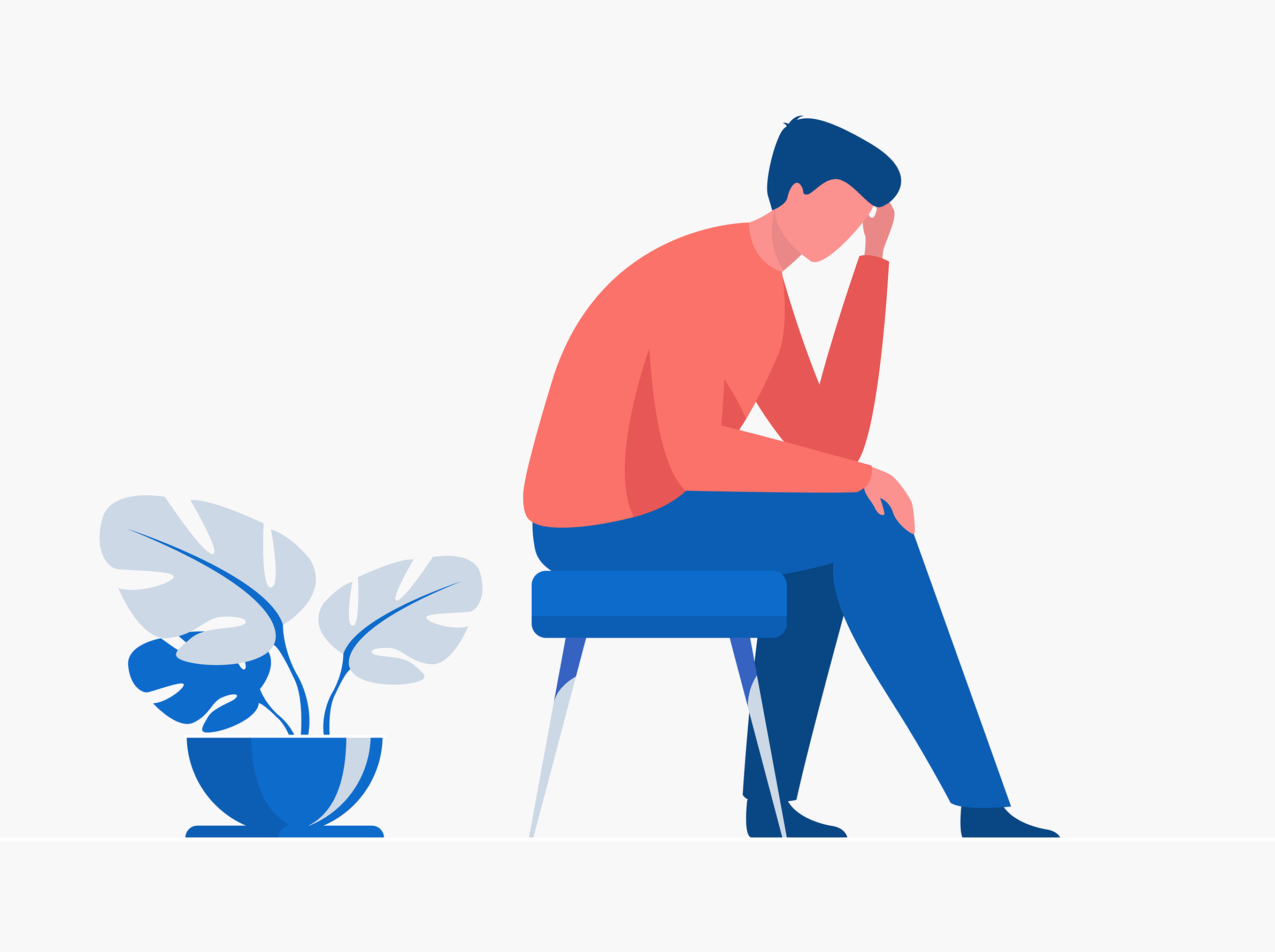 A man’s happiness and quality of life are often tied to his ability to perform in bed, so when things aren’t going as well as they should in that area, it can impact his mental health. Poor sexual performance is stressful on many levels—for guys and their partners.

Scientists have explored the effects of sexual decline on mental health. However, they don’t always specify what those effects are. For example, one review of more than 400 studies only provided a general conclusion, concluding that low sexual performance “has a negative impact on the quality of life.”

This blog post will dive into how sexual decline can specifically impact a man’s emotional outlook and how to overcome the damaging effects of poor sexual performance on psychological health.

A decline in sexual function can lead to low self-confidence and a sense of emasculation or worthlessness. The Impotence Association (now the Sexual Dysfunction Association) found that 62% of men who took part in their online survey felt that sexual decline delivered a blow to their self-esteem.

In a study of 40 men, sexual decline caused severe distress and impacted their self-esteem and relationships. When the men tried treatments that didn’t work, their distress and lack of self-worth became even more pronounced. In that same study, a feeling of emasculation was one of the most common psychological effects of decreased sexual function.

How to Build Your Self-Esteem

Pursue accomplishments in other areas of your life, such as at work and in your hobbies, which will build your overall self-confidence. Finding solutions for low sexual performance can also empower you with viable options.

Sex itself is a stress reliever, and not being able to have any sexual release can cause tension to build up. Sex can distract you from stressful situations and thoughts. Without that pleasurable distraction, life can seem more overwhelming.

Sexual activity causes an increase in a feel-good hormone known as oxytocin, which helps you feel more relaxed and reduces anxiety.

Since sex can promote a good night’s slumber, lack of sex can lead to lack of sleep and irritability.

Feelings of anxiousness can also be directly related to your low sexual performance. These feelings are often the result of worrying about whether you’ll be able to take the sexual act to completion and satisfy your partner. Worrying can lead to sexual performance anxiety and become a self-fulfilling prophecy, as you become anxious that because it happened once or twice, it will happen again.

Having a sense of humor about the situation also can relieve tension for you and your partner. Laughter reduces stress, and watching funny films can even increase sexual ability in some men.

Sexual decline can affect a man’s mood, too. There’s nothing like good, quality-time under the sheets to make a man’s day or week. One study of married couples found that having sex led to a better mood at work the following day.

Sexual decline can cause depression. Research shows that men with sexual decline may have twice the chance of developing clinical depression compared with men who don’t have sexual decline. When the reduction in sexual function is severe and long-lasting, some men even feel suicidal.

The opposite is also true—depression can lead to problems performing in the bedroom. Finding out whether depression caused you to develop sexual decline in the first place is a good idea so that your doctor can get at the root cause of the problem.

How To Overcome Depression Related to Sexual Decline

Visiting a therapist to discuss your depression and explore ways to feel happier is also a good idea.

Not being able to perform in the bedroom can make you afraid that you can’t satisfy your partner and that they might leave you or have an affair. If you’re not currently in a long-term relationship, you might feel apprehensive about starting a new relationship or seeking new sexual partners.

Sexual decline can also make you face up to the fact you’re not getting any younger.

You might also be afraid that nothing can solve this problem, and you’re stuck with it for the rest of your life. This belief isn’t true—there are plenty of solutions for sexual decline—but it’s understandable you might feel hopeless.

Talk to your partner about your fears. Chances are good they’re not in the relationship just for sex, and opening an honest dialogue can create a deeper bond. If you’re worried about your partner’s sexual satisfaction, you can also think about ways to satisfy your partner that don’t involve penetrating sex.

In addition, research effective solutions for your problem and address the root causes of poor sexual performance. You don’t have to settle for reduced sexual performance, and there are plenty of ways to overcome the problem.

Feeling embarrassed or ashamed because you can’t perform well in bed is common among men with sexual decline. Men are trying to impress and satisfy their partners, and it can be embarrassing not to live up to what you believe are your partners’ expectations.

It’s challenging to reveal your problem to a new love interest, although it’s not always easy to talk about, even with a long-term partner.

How to Overcome the Embarrassment of Poor Sexual Function

Sexual decline is very common among men, especially those over 40, and is nothing to be ashamed about. It’s a natural part of aging, but there are ways to minimize its effects. Rather than feeling overwhelmed by embarrassment or shame, focus on solutions to the problem.

Men who are having problems in bed are often too embarrassed to talk about the problem with friends. Society expects guys to want sex all the time, and men who don’t fall under this category feel as if they don’t belong to the norm. Consequently, you might feel as if you lack a social support system.

How to Feel Less Isolated

Many men find that when they talk to their friends about sexual decline, their friends are understanding. Sexual performance problems are common, and many of your friends may even be going through the same thing. You can also find a support group in your area or online.

How to Keep a Positive Outlook

It’s not easy to stay upbeat when you have low sexual performance. However, keep in mind the situation is not hopeless. Talk with your doctor about the many solutions for sexual decline. Honest conversations with your partner, friends, and a support group can also lead to a sense of relief. Having a sense of humor can also improve your mood and relax you and your partner.

What Are the Emotional Effects of Low Sexual Performance?

Low sexual performance can impact a man’s mental health in a number of ways. These include:

How Do I Feel Less Stressed About My Poor Sexual Performance?

If your performance in bed has been less than stellar, it’s understandable you’re stressed and frustrated. But there are ways to feel more relaxed and hopeful about the situation:

Can Sexual Decline Cause Depression?

What Are Some Ways To Increase Sexual Performance?