Reduced sexual function hurts not only you but also your significant other. Over time, it could even lead to a sexless relationship. Here’s what your sexual decline is doing to your partner—and what you can do about it. 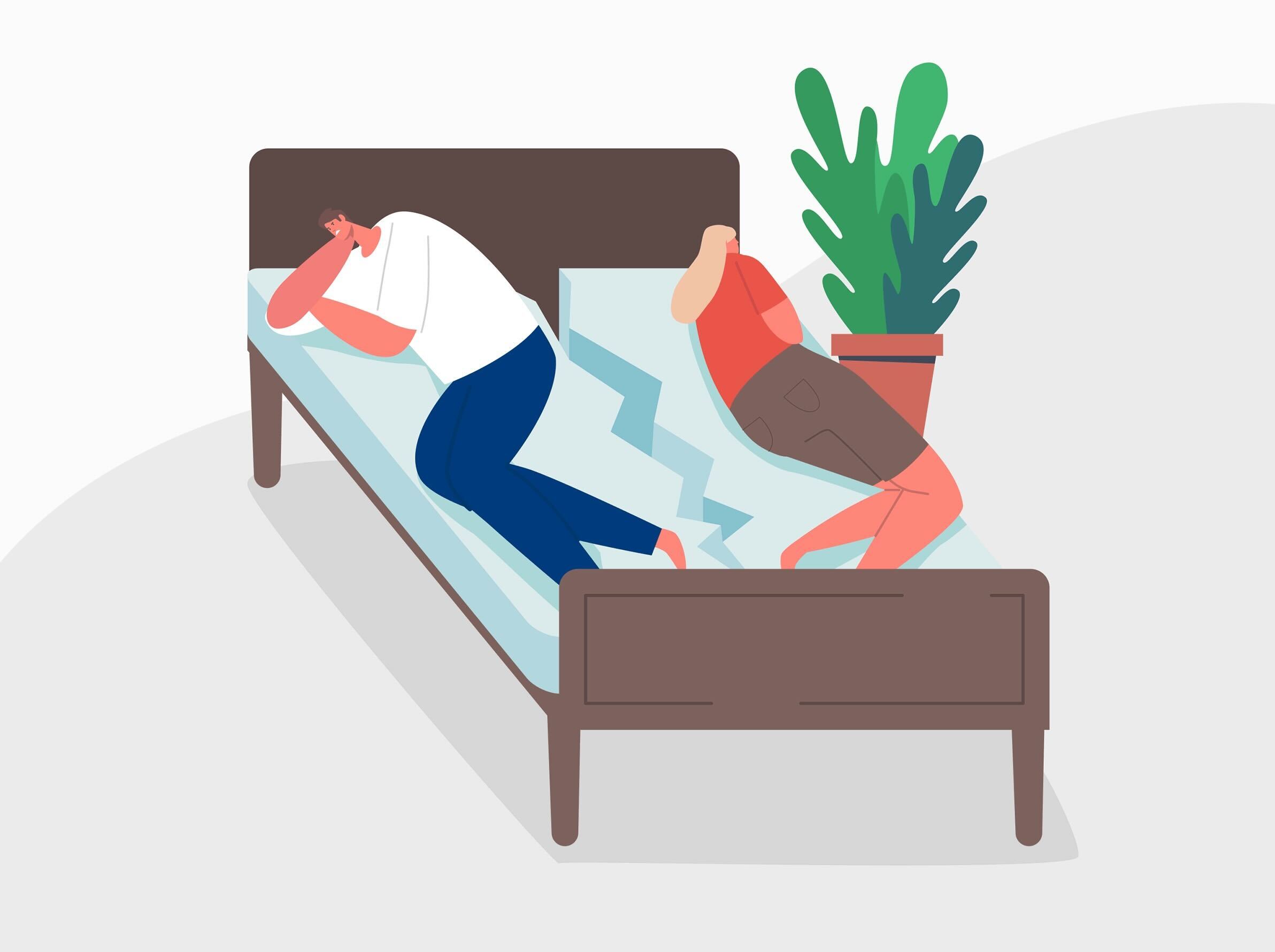 In regards to sexual decline, it’s not all about you. Perhaps you’ve been so focused on your frustration that you failed to notice the effects of sexual decline on your partner. That’s understandable since not being able to perform at your best in bed is discouraging. However, it’s just as frustrating for your partner as it is for you.

In fact, your partner may have been the first to notice that you’re softer in the sack and just hasn’t wanted to say anything for fear it may embarrass you or hurt your feelings. Maybe you’ve been in denial about the situation.

The fact is that reduced sexual function hurts not only you, but also your significant other. When you take steps to resolve the issue, you’re helping yourself and also the special someone in your life.

This article will look at how sexual decline impacts your partner’s emotional and physical health.

The Emotional Effects of Sexual Decline on Your Partner

Your declining sexual health takes a toll on your partner in many ways. Here are some of the emotional effects it could have on your significant other:

Your partner may start to believe that you’re no longer attracted to them, even if this isn’t true. An article published in the journal Nature Reviews pointed out that sexual decline can lead to a partner feeling confused and less desirable, causing low self-esteem.

The Nature Reviews article also mentions that a drop in sexual function can trigger suspicions that you’re having an affair. These suspicions lead to anxiousness and feelings of betrayal.

A partner’s sexual desire can also decrease when their man develops a decrease in sexual function. Research reports a drop in partners’ sexual desire from 74% before their man developed sexual decline to 47% after. Sexual arousal also dropped from 75% to 46%, and orgasm during intercourse from 64% to 33%, resulting in discontentment with the relationship.

A survey of 2,159 female employees from two hospitals and their male partners found that sexual decline is a significant risk factor for female sexual problems, including problems getting aroused, difficulty having an orgasm, and pain during sex.

It’s disappointing when a man can’t climax as easily as in the past—but it’s also frustrating for your partner. It’s discouraging for both of you when a sex session stretches on into the late hours of the night without satisfying results. You’ll both likely wake up tired and cranky, which isn’t ideal for your relationship.

How Your Sexual Decline Affects Your Partner Physically

Men who find it difficult taking sexual intercourse to its satisfactory completion often give up altogether, leading to a sexless marriage or relationship. Women who don’t have sex for a long time can develop genital atrophy, a condition that causes painful sex, which makes it even more likely the two of you will shy away from spending time under the sheets.

In one study, about a third of female sexual partners of men with sexual decline suffered from genital atrophy since many of these women had not had sex with their partners for many years. In the couples who were having sex from time to time, many of the women experienced painful intercourse.

Not being able to perform in bed can harm your relationship or lead to a sexless marriage. If neither of you is willing to talk about the problem, it could become the elephant in the room, leading to anxiousness and stress for both of you.

Men who feel shame or guilt over not being able to please their partner may bottle up their feelings, leading to depression or anger, which is another aspect that can harm your relationship.

Sexual decline can harm intimacy in relationships, depriving your partner of the affection needed to foster a healthy relationship. In a study of 128 men with sexual decline (median age 57 years) and their sexual partners (median age 54 years), only about 10% of couples engaged in kissing and/or caressing. Many couples hadn’t engaged in kissing or oral or manual sexual stimulation for 26 to 32 months before visiting a men’s health clinic for sexual decline.

Defend Your Relationship Against Sexual Decline

It’s not an easy topic to discuss, but talking with your partner about your less than stellar bedroom performance can strengthen your relationship and make things more relaxed and honest. Encourage your partner to share their feelings about the situation.

Frequently Asked Questions About How Your Sexual Decline Affects Your Partner

Can My Sexual Decline Affect My Partner?

A man’s sexual decline can impact his partner in many ways, both emotional and physical. For example, partners of men who suffer from a decline in their sexual performance are more likely to report feeling:

Partners of men with sexual decline also may have:

Can Problems in the Bedroom Ruin A Relationship?

Sexual decline can impact a relationship in many ways and lead to divorce in some couples. Reduced sexual function can lead to having not only less sex but also less kissing and cuddling, which deprives your partner of the intimacy they need.

In addition, your partner’s belief that your reduced sexual function is due to your having an affair can create an atmosphere of distrust.

Not having satisfying sexual encounters may stress out both members of the couple, leading to irritable feelings and frustration that can result in arguments.

The best way to defend a relationship against the stress of sexual decline is to communicate openly about the problem and work on solutions together.

Does Sexual Decline Contribute to a Sexless Marriage?

A sexless marriage or relationship is one in which there’s little to no sexual activity between the partners. According to the US National Health and Social Life Survey, 2% of the married respondents (aged 18 to 59) reported no sexual intimacy in the past year. By expanding the definition to having sex less than 10 times per year, the survey found that 20% of couples were in a sexless marriage.

Reduced sexual function can lead to a sexless marriage or relationship. As the man feels ashamed or hopeless about not being able to perform well in the bedroom, he may just give up. Because sexual decline in men can lead to reduced desire or arousal in women, female partners may also give up having sex.